Back to Events & News 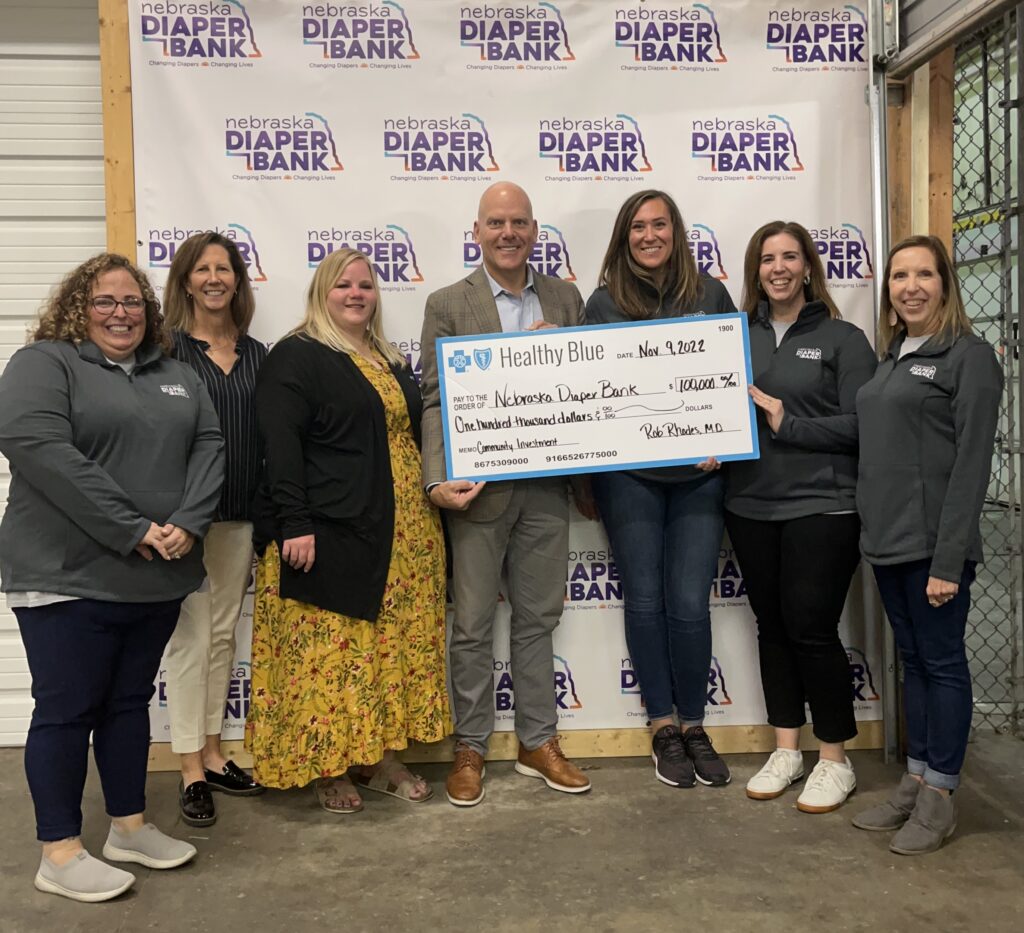 OMAHA, Nebraska-After serving the Omaha area for the past seven years, Nebraska Diaper Bank expanded services earlier in 2022 to Norfolk, Kearney, Scottsbluff and Thurston County with the help of Healthy Blue Nebraska.

Now Healthy Blue is further investing in diaper support to low-income families by awarding a $100,000 gift to Nebraska Diaper Bank.

The gift from Healthy Blue Nebraska, along with funding from other sources, will enable Nebraska Diaper Bank to expand its footprint and provide new service to additional areas of the state, while also continuing distribution of about 130,000 diapers each month to more than 2,000 babies in its current service areas.

“In Nebraska, one in three families cannot afford an adequate supply of diapers for their babies. There is no safety net for the cost; WIC and SNAP cannot be used to purchase diapers. We exist so that families are able to change their baby each and every time that baby needs to be changed,” said Tegan Reed, Nebraska Diaper Bank executive director. “We are so incredibly grateful to Healthy Blue Nebraska for recognizing the importance that diapers play in both the child’s health and the entire family’s well-being. With their help we are going to reach more babies than ever before.”

Tap here if you need diapers or would like to donate to Nebraska Diaper Bank’s mission.